Below are some key differences, between the different filesystems of linux systems, ext2,ext3,ext4.

• ext2 stands for second extended file system.
• It was introduced in 1993. Developed by Rémy Card.
• This was developed to overcome the limitation of the original ext file system.
• ext2 does not have journaling feature.
• On flash drives, usb drives, ext2 is recommended, as it doesn’t need to do the over head of journaling.
• Maximum individual file size can be from 16 GB to 2 TB
• Overall ext2 file system size can be from 2 TB to 32 TB

• ext3 stands for third extended file system.
• It was introduced in 2001. Developed by Stephen Tweedie.
• Starting from Linux Kernel 2.4.15 ext3 was available.
• The main benefit of ext3 is that it allows journaling.
• Journaling has a dedicated area in the file system, where all the changes are tracked. When the system crashes, the possibility of file system corruption is less because of journaling.
• Maximum individual file size can be from 16 GB to 2 TB
• Overall ext3 file system size can be from 2 TB to 32 TB
• There are three types of journaling available in ext3 file system.
o Journal – Metadata and content are saved in the journal.
o Ordered – Only metadata is saved in the journal. Metadata are journaled only after writing the content to disk. This is the default.
o Writeback – Only metadata is saved in the journal. Metadata might be journaled either before or after the content is written to the disk.
• You can convert a ext2 file system to ext3 file system directly (without backup/restore).

• ext4 stands for fourth extended file system.
• It was introduced in 2008.
• Starting from Linux Kernel 2.6.19 ext4 was available.
• Supports huge individual file size and overall file system size.
• Maximum individual file size can be from 16 GB to 16 TB
• Overall maximum ext4 file system size is 1 EB (exabyte). 1 EB = 1024 PB (petabyte). 1 PB = 1024 TB (terabyte).
• Directory can contain a maximum of 64,000 subdirectories (as opposed to 32,000 in ext3)
• You can also mount an existing ext3 fs as ext4 fs (without having to upgrade it).
• Several other new features are introduced in ext4:
o multiblock allocation,
o delayed allocation,
o journal checksum.
o fast fsck, etc.
o All you need to know is that these new features have improved the performance and reliability of the filesystem when compared to ext3.
• In ext4, you also have the option of turning the journaling feature “off”.
Email Post
Labels: Linux 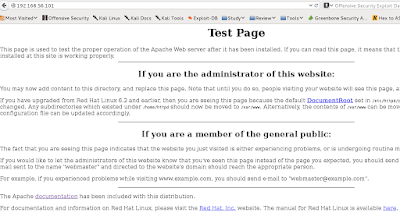